[Click here to view the video in this article]

If you’ve ever flipped through a book of baby names, you’ll
have an idea of how challenging it might be to just pick one. David
Placek, the founder of marketing firm Lexicon Branding, doesn’t
just select names as a job, he also coins them—and it really
isn’t as easy as it seems.

Having created internationally-renowned names like Swiffer,
BlackBerry, Febreze, Dibs, and Dasani, the company discovered that
certain sounds have connotations that are tied universally. The
sound of ‘V,’ for instance, represents “aliveness and
vitality,” Placek tells Quartz in a video.

Wherever you might live, the sounds of ‘B’ and ‘T’ could
appear more reliable, hence the name, ‘BlackBerry’.

Additionally, Placek points out that brand names that are too
literal or descriptive of their offerings aren’t as powerful as
the more enigmatic ones—which is why ‘BlackBerry’ stands out
again. The name has no actual meaning; neither does it tell you
what it is selling.

“What fires the imagination and the human mind is not logic,”
he reasons.

Placek recalls the time when the company now known as Swiffer
consulted Lexicon Branding for an overhaul. It wanted to trademark
‘ProMop’ or ‘EasyMop’ as a brand name, but the terms were,
as Placek describes it, “fortunately” unavailable.

Placek learned from his research that, “No one liked to mop…
[so] our creative insight and strategy was, let’s put some joy in
the world of mopping and cleaning.”

The Swiffer mop was good at sweeping, but calling it, ‘Sweeper’
would be too literal. Thus came the term, ‘Swiffer’, which
hadn’t existed then.

Today, “Swiffer is somewhere around a US$6 billion brand sold in
15 countries,” says Placek. Does it owe its success to its catchy
name? Perhaps. Would you purchase something called a
‘ProMop’?
[via Quartz]

40 web tools and services for designers and developers 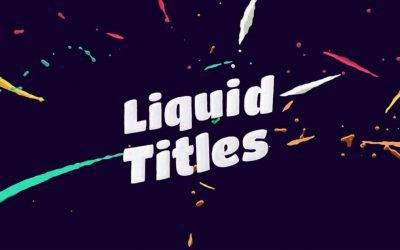